In August 2017, the American e-commerce and cloud computing giant, Amazon, officially completed the acquisition of Whole Foods. This brings the American chain of high-end organic fresh supermarkets into its own e-commerce empire. It is the largest acquisition in Amazon’s history and the most significant step Amazon has ever taken to grow its offline business. On June 16, 2017, Amazon suddenly announced that it would spend $13.7 billion to acquire Whole Foods. Whole Foods is a premium organic supermarket chain in the United States (which also has operations in Canada and the United Kingdom). However, the acquisition indicates that Whole Foods will be an independent subsidiary of Amazon’s operation.

The dizzying offline acquisitions of e-commerce giants have not only sparked much speculation, but will also have a profound impact on the US antitrust regulatory system in the future. In fact, the deal was not planned by Bezos, but John Mackey, the co-founder and CEO of Whole Foods, took it upon himself to contact Bezos through an intermediary to sell him. Bezos asked the parties to the negotiations to keep this strictly confidential and threatened to cancel the acquisition directly once the news broke.

So why did Whole Foods take the initiative to sell on Amazon? Because Mackey and Whole Foods were going through a tough time. Not only did the company face intense competition in the market, but it was also under pressure from the board of active investors. Therefore, Mackey sees selling to Amazon as the best course of action.

Why buy a struggling business

So why did smart Bezos spend $13.7 billion to buy Whole Foods, whose business is under pressure? The e-commerce giant he founded, Amazon, has always been an affordable brand, while Whole Foods Market is an offline fresh food supermarket known for its high prices. There are stark differences in the cultures of the two companies, which also casts doubt on Amazon’s ability to embrace this fast-paced offline business. 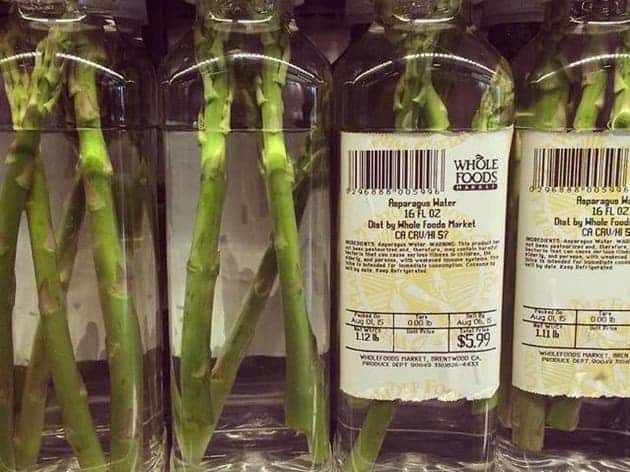 But the deal has significant value for Amazon. Whole Foods Market had over 400 stores in the United States at the time. Also, due to its high prices, Whole Foods Market stores were only open in the wealthiest cities in the United States. Moreover, its use value was also among the highest among supermarket chains. This is in stark contrast to Walmart, which focuses on affordability and affordability.

According to the traditional Chicago school antitrust standard based on consumer benefit, Amazon and Whole Foods have almost no overlapping businesses. Amazon will not dominate the offline fresh food market after the acquisition, but will help reduce the price of Whole Foods. Therefore, this acquisition is conducive to market competition and consumer interests, and will not pose a monopoly threat. It is under these regulatory standards that the Federal Trade Commission (FTC), the US antitrust authority, did not object to the acquisition during the regulatory review period.

How is Whole Foods performing under Amazon?

Five years have passed, how is the operation of Whole Foods Market under Amazon? When acquired by Amazon, Whole Foods had 400 stores. Over the past five years, Amazon has added 60 stores. The total number of stores worldwide has now reached 533, with a user base of 170 million people. Even with a global logistics giant like Amazon in the background, Whole Foods still maintains independent operations and adheres to its own localized fresh food positioning. Over the past five years, Whole Foods has seen a 30% increase in local brands. Even in two neighboring towns, the two Whole Foods markets sell local products that differ.

Additionally, Whole Foods has improved its food standards across the board over the past few years. It has doubled the number of unhealthy food ingredients it refuses to sell to more than 250. It no longer sells foods containing ingredients such as hydrogenated oils, high fructose corn syrup and artificial sweeteners . Whole Foods Market sells fish roe and chicken at a higher standard than market regulatory standards. In addition, the meat must be completely free of antibiotics and hormones.

When announcing the sale, Mackey said the partnership with Amazon would bring more technological innovation. Indeed, over the past five years, Amazon has continuously introduced its own new technology to WholeFoods Market. Over the past few years, Amazon has been exploring a more convenient, unmanned shopping experience. The company is also piloting and rolling it out to physical stores such as Amazon Go, Amazon Fresh, and WholeFoods. As one of the most visited physical stores, WholeFoods plays a key role in Amazon’s quest for new shopping technology. 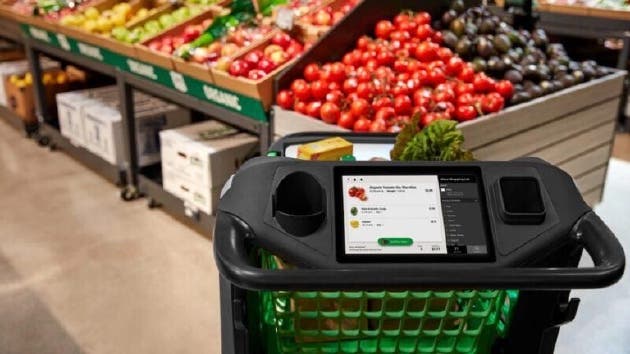 Starting in March this year, Amazon began piloting Amazon GO cashierless payments on WholeFoods Market. Users simply bring their smartphones, verify their Amazon accounts through the Amazon Go app, and then pay without paying. The mobile app will instantly charge the credit card linked to your Amazon account. Moreover, Amazon One’s palm print payment is also an interesting payment technology that Amazon has introduced in WholeFoods Market. Once users enter their palm prints on Amazon One, they can pay directly by swiping their palms. Currently, more than 20 WholeFoods supermarkets use fingerprint payment.

Dash Cart is also a new technology that Amazon is about to pilot on WholeFoods Market. This technology places sensors on the basket. Thus, consumers can make payment directly in the shopping cart with their mobile phone. Since it doesn’t use cameras, Dash Cart technology is relatively less controversial.

Conclusion: the path to offline expansion is frustrating

In acquiring WholeFoods, Amazon is actively exploring its own physical activity. Over the past few years, Amazon has opened more than 60 Amazon Fresh stores. It also opens 25 Amazon Go stores and an Amazon Style clothing store. Combined with the previous physical bookstore, 4-star reviews store, and in-store store, Amazon has over 150 physical stores (excluding WholeFoods stores).

However, Amazon’s offline business development does not seem entirely satisfactory. In March this year, Amazon announced its first loss in seven years for its first fiscal quarter. For this reason, Amazon’s retail president then quietly resigned. Amazon then announced the closure of all 68 physical bookstores, 4-star review stores and in-store stores. But other types of offline stores will continue to operate.

As Amazon’s largest offline business, WholeFoods doesn’t seem to have significantly improved its performance. A Placer.ai traffic survey in March showed that Whole Foods is currently experiencing the same level of traffic as before the 2017 sale. This month, WholeFoods announced the closure of six underperforming stores for the first times since its sale in 2017.