Pharmapacks, one of Amazon’s top sellers, filed for bankruptcy on Sunday. Despite annual sales exceeding $500 million, the company was unprofitable and failed to secure additional financing.

Pharmapacks was a retailer selling health, personal care and beauty products. It has topped Amazon’s best seller list for almost a decade. For the past five years, it was #1 in sales 1,730 out of 1,825 days. Pharmapacks was also the biggest seller in the Walmart marketplace and sold in other marketplaces in the United States.

Its Achilles heel was its unprofitability. According to its financial statements released in September 2021, Pharmapacks had a gross margin of 45%, but its expenses far eclipsed that. He estimated a loss of $112 million on $452 in sales in 2021. Pharmapacks hoped to become profitable in 2024 by increasing sales by 192% over 2021, but only increasing expenses by 85%.

To continue to grow while being very unprofitable, Pharmapacks relied on institutional capital. It raised a Series A round in 2018 and a Series B round in 2020. Finally, in September 2021, it revealed plans to go public through a Special Purpose Acquisition Company (SPAC). However, the SPAC merger agreement was terminated in March 2022.

“We diligently researched internal and external financing options, but were ultimately unsuccessful,” the company said in an employee advisory quoted by CNBC’s Annie Palmer. “As the company has no viable financing alternative, we are now forced to cease operations, liquidate any remaining collateral and close the business, including the establishment on which you are dependent.”

With its increased cash burn, the failure of the SPAC merger and, assuming no alternative investors come forward, it had to shut down. Packable Holdings, the parent company of Pharmapacks, filed for Chapter 11 bankruptcy on August 28. 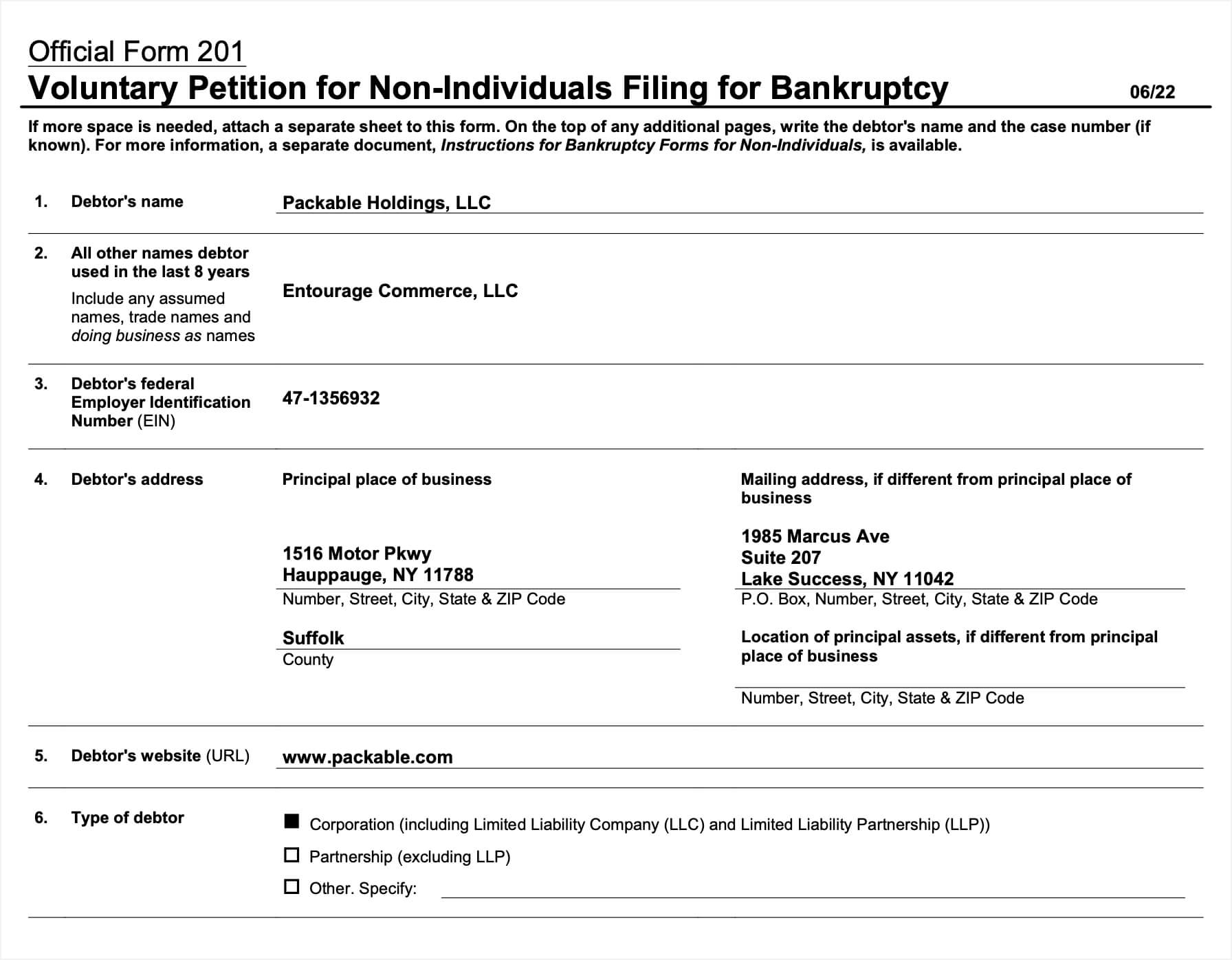 Pharmapacks was a single seller. There are, at most, dozens of sellers who have raised institutional capital. Most are cash flow positive and sometimes use working capital financing. Even other resellers, who usually have small margins and compete in the race to the bottom for the lowest price, avoid burning money.

Most Amazon sellers have focused on building private label. Pharmapacks bet its accuracy on exclusive wholesale relationships with brands (and sometimes hijackers as well) and on operating a purpose-built distribution network (it was one of the few sellers to continue to offer Seller Fulfilled Prime). Unfortunately, a 15-25% negative operating income in today’s e-commerce environment is hopeless.