New York, NY, USA – October 18, 2022 – The stunning new novel by Michael Kelley, The Devil’s Callexamines and explores the intersections of science and spirituality in the form of an entertaining literary adventure, debuts today.

Kelley asks the reader to imagine a world where technology allows a direct interface between the human brain and quantum computers. This interface exponentially increases the creative capacities of humanity which has the potential to make war, hunger, poverty, pandemics and other human suffering obsolete. When human capacities are so magnified, how does the human ego resist the temptation of power and control? Can there be a balance between mind and ego, between AI and human consciousness? And what if this ultimate technological power falls into the wrong hands – those who further seek to link minds directly through this quantum computer in an augmented hive mind?

See the awesome trailer for the book here: https://bit.ly/TheDevilsCallingTrailer.

“Michael Kelley has delivered a mystical techno-thriller that examines the difficulty of living a peaceful, spiritual life side-by-side with technologies that can strip us of humanity and activate the forces of evil in the world. stop reading to catch your breath, but you won’t be able to. It’s that kind of page-turner.
-Laura Manning Johnson, former CIA WMD analyst and DHS All Threats and Dangers Planner, currently Adjunct Professor at Georgetown University

“I’ve always loved literature and started writing in college,” Kelley shares, “but a long career on Wall Street put my first love on hold. After leaving the financial world, I turned to engaged in studies of quantum physics and the challenges of reconciling the infinitely large with the infinitely small, as well as mysticism and Eastern philosophy which led me to a theory of everything. This search for a global theory inspired the trilogy, serving as a metaphor for the journey of self-realization.In many ways, the story and writing of the trilogy presents the prospect of a second chance at life.

“The Devil’s Calling is a brilliant and thrilling epic saga of metaphysical science fiction. It’s a journey of self-realization and a cautionary tale for generations to come – the kind of book that grabs you from the start and never lets go until the last sentence of the last page. This science fiction story pits human intelligence against automated thought.
-John J. Kelly, Detroit Free Press

It’s been nine years since Sean Byron McQueen and quantum physics professor Emily Edens, aka M, discovered his murdered best friend’s Theory of Everything. Now Sean and M live an almost idyllic life on the campus of a college they created for young women. M’s teaching on the new, paradigm shifting constant creation theory has made her a star scientist. On the eve of M’s European tour, Sean receives an ominous holographic warning that M is in danger, sending him on a quest to protect his beloved partner at all costs. He recalls the events of nine years prior and believes the hand of his nemesis, the Guru, is behind the threat to Mr. Sean assumes the Guru is also the mastermind behind Genesis, a Russian computer super smart that will connect humans through a network of direct brain-to-brain links. Genesis is seen as the next step in evolution by the Wired Nation (WiN), a group determined to create a new society. The guru and WiN after M, who are determined to ensure the ethical deployment of dangerous “hive mind” technology, or are these threats simply the overactive imaginations of a dopey, overprotective writer? Will the dominoes fall in a way that threatens not only M, but the very real spiritual potential of all of humanity?

“I was inspired to write a trilogy that charts the adventures and arc of the protagonist on a journey of self-realization,” Kelley explains. “I quickly realized that this labor of love would also serve as a catalyst for my own meditation and yoga research and practice. If self-realization is real and attainable within a lifetime or in the moment, how can’t that be the main focus of one’s life?By this, I suggest that we should embrace our duty and responsibility to embark on a journey of self-discovery.

“Many writers have an arduous task ahead of them to produce a sequel to a complex and involved first novel, especially one as intriguing as The Lost Theory. Michael Kelley seized the opportunity with The Devil’s Calling, an equally gripping thriller which finds exciting new ways to raise the stakes and push the development of established characters in different directions.
-KC Finn, Readers’ Favorite

“This book is for readers looking for fun and challenge,” says Kelley. “It won’t be interesting if a reader wants comforting, stereotypical genre fiction or a politically correct character who has no room to grow or learn from their experiences.”

With its sci-fi adventure flavor and emotionally resonant characters, The Devil’s Call invites readers to explore ideas regarding telepathy, consciousness, self-realization, and the implications of emerging technologies for humanity. Kelley deftly wraps deep philosophical concepts in a thrilling and engaging journey of self-discovery – pitting mind against ego – that will keep readers gripped until the last page.

Michael Kelley, author of The Lost Theory and The Devil’s Call, fell in love with literature and creative writing at the University of Pennsylvania. He put that passion aside during a long career on Wall Street, where he worked as a lawyer, built an international business and founded his own investment management company. After leaving the financial world, he engaged in studies of quantum physics, oriental mysticism and philosophy. From these studies he developed a “Theory of Everything” which became the basis of his novels. 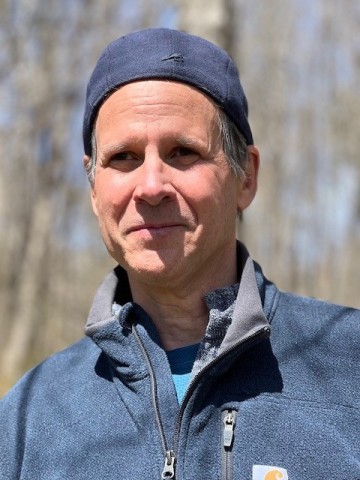 After years of living in New York, Michael now lives in the peaceful woods of Dutchess County with his wife and daughter. There he enjoys meditation, yoga, wine, reading and hiking, all of which inspire his writing.

For a review copy of The Devil’s Calling or to arrange an interview with Michael Kelley, contact Scott Lorenz of Westwind Communications Marketing of the book at [email protected] or by phone at 734-667-2090.